IronCAD, the leading provider of design productivity solutions, today announced the immediate availability of the latest version of its fully integrated Multiphysics for IronCAD (MPIC). Since the unveiling of Multiphysics for IronCAD, the usability and robustness of MPIC have been appreciated by many users. Each year, additional improvements and refinement have been added to further increase the ease of use and functionality.  Most of these new features are based on user feedback and request to speed up the design cycle, simplify analysis setup, and reduce analysis times. 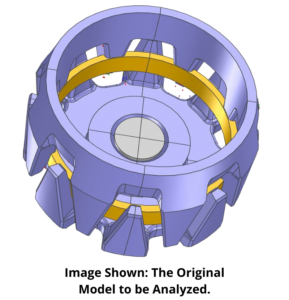 In MPIC 2021, IronCAD has included several key technologies designed specifically for CAD design analysis. The focus is on general CAD designers and users who want to adopt design analysis earlier in the digital prototyping cycle, and aim to provide accurate, realistic, and quick analysis.  As such, most of these improvements are in the assembly analysis functionalities.

In the past few years, IronCAD has developed the new tolerance assembly meshing technology for uniting assembly parts as an integrated connected body with optional material assignment for analysis.  This new technology uses parts’ discrete boundary surface facets to smartly unite parts together for design analysis, rather than rely on CAD kernel’s Boolean operation that requires precision matching, or for models with intentional gaps between parts for welding, thermal expansion or shrinkage control. 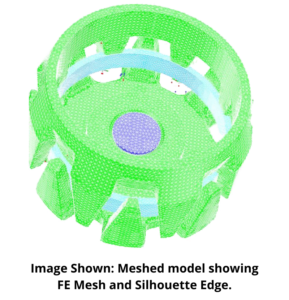 In the 2021 update, IronCAD has further implemented the element mesh silhouette display method to identify the solid model’s face, edge, and vertex recognition from the discrete union processes.

As compared with the traditional finite element mesh display, only the recognized face edges are shown to clearly visualize the discrete model rather than showing a large amount of finite elements’ edges that complicate the scene.

Using the silhouette mode, if the assembly is meshed and discretely jointed properly, there will be additional edges/vertices between the union parts, and the silhouette mode will clearly show these newly generated and identified geometry details for easier review. 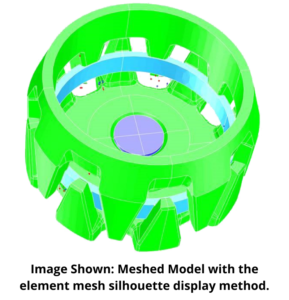 This will allow the user to examine the discrete union’s correctness and also speed up the discrete model rendering and result review without the voluminous element edges. For large models with millions of elements, using silhouette mode usually makes the result review and animation much faster and easier than the traditional mesh display.

Along with the new silhouette display update, the upcoming version will have new multithread meshing capabilities to fully utilize all computing cores to speed up large model/assembly analysis. An early preview version will be available to customers with a maintenance/support subscription in the Q4/2021 timeframe.

Based in Atlanta, Ga., IronCAD is a leading provider of 3D design productivity solutions that deliver the highest levels of customer satisfaction and productivity. Individual components of this solution can be used standalone, complementary within an existing design environment, or can be used together to collaborate effectively throughout the enterprise to extend productivity. IronCAD’s flagship product IRONCAD has won many industry awards for its innovative technology and leads the industry in its ease of use and design productivity. Thousands of customers worldwide use IronCAD to support their success. For more information about IronCAD 2021, visit www.ironcad.com.