Back in the early 1990s, we saw the end of the Cold War that brought an end to decades of political uncertainty and unrest. CAD

For Andy Robinson, a hard-working engineer with a young family to support, it also brought to an end his promising career as a design engineer with Marconi, one of the UK’s’ leading defense contractors. In a heartbeat, Andy took the brave decision to take his long-standing hobby of drag racing and to turn it into a business that would go on to support him and his family. Operating from little more than a shed at the end of their garden, Andy started up his own business, designing and building race car chassis. 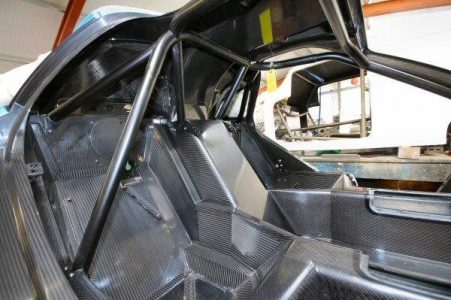 Today, operating out of 4500 sq ft of the purpose-built workshop just outside Basingstoke employing 8 full-time staff and 3 part-time, Andy Robinson Race Cars (ARRC) build chassis and roll cages for the motorsport marketplace and while they tend to focus on the drag race cars, they have also branched out and now regularly build chassis and cages for historic races cars, rally, and even historic Formula 1 cars.

Andy really has been able to make the change and to take this from a hobby to a professional business, but this has not been without its challenges. “We are able to deliver a truly professional level of service to amateur racers,” Andy explains. In the drag racing field where he is already very well known, this is fairly simple. However, when branching out into other areas of racing, it is essential that he can demonstrate the quality of his work and establish credibility if he is to succeed.

Seeing Andy’s work, it is obvious that he has brought the structure and dedicated approach to race car design that one would normally associate with his previous life as a Marconi engineer. To develop and design chassis and roll cages, they would obviously need a CAD tool. As an experienced CADDS5 and Unigraphics user, Andy certainly knew his CAD. But he needed something simple to use so that anybody in his team could sit down and design. More importantly, he wanted an environment where they could manipulate, change, and alter designs in 3D easily and on the fly. For ARRC, 3D is the only way to design. They can work through the design model with customers to ensure they are happy, and where necessary, send 3D models out to suppliers for quotes. Only when the product is defined and the customer has actually placed the order will they worry about producing 2D drawings…. If at all!. 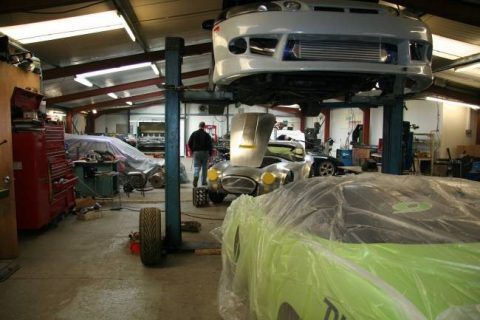 In 2006 ARRC looked at the major CAD products on the market and IronCAD stood out, clearly thinking the way that they did:

At the time, they initially purchased 1 copy of IronCAD and have now expanded and taken on a second. IronCAD is now their primary design tool and is used for all development work and for creating 3D content for their website.

The use of CAD has allowed Andy to become far more competitive by effectively taking single deals and turning them into a multiple business opportunities.

Today, many of the ex works touring cars are now in the hands of private clubman racers. These cars still get bent and broken most weekends, but without the support of a factory works team and parts available off the shelf makes it a real challenge keeping these cars running. Recently, one such racer came to ARRC with a broken suspension upright from a SEAT race car to be repaired and rewelded. A common problem and one that possibly dozens of drivers were dealing with across Europe. Using IronCAD, Andy was able to reverse engineer the part, create a 3D model for evaluation, from which he was able to understand the structure of the upright that allowed him to look for weaknesses in the original design. He was then able to go out to a number of machine shops for proposals. Having created the part, Andy was then able to show it on his website and approach other SEAT race teams to offer them replacement uprights as well. Using CAD had enabled Andy to take a single welding repair and use it to develop a standard part, which he could stock and sell to all in the industry. 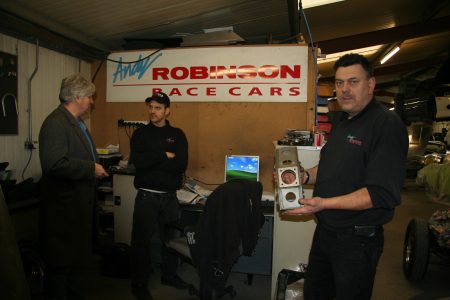 In addition to the custom development of chassis and roll cages, ARRC now offers a range of off the shelf parts for the racing industry including brake components and specialized fuel distribution units. All designed and developed in-house, and sold via their website to racers throughout the UK.

Business is booming for Andy and the company is going from strength to strength. A walk through his workshop, you will see dozens of cars begin developed and prepared. But in the far corner, behind the TVR race chassis being built from scratch, the Shelby Cobra in for a FIA spec roll cage, the various ProMod and drift cars, lies Andys own car, a 230mph ProMod Studebaker. A stunning car that he has campaigned for 6 years and one in which he has won many events and was able to win the 2009 MSA British Drag Racing championship.

Back in 2010, while Eastern Europe is starting to wake up to Drag racing and as the abandoned airfields across Poland, Croatia, and the Russian CIS states are now being converted into 1/4 mile drag strips, ARRC was on hand to provide parts and advice to help develop the sport.

Andy is now one of the driving forces behind the sport which is now bringing the old Russian airstrips back to life; a fitting tribute to Andy who once was made redundant by the end of the Cold War.