When Mark Hempsell resigned from the Board of Reaction Engines to start his own spacecraft concept design systems company as a vehicle for consultancy, part-time teaching, and, most importantly, to focus on his own projects in 2013, he had one primary goal: to advance and expand the horizons of spacecraft systems engineering.

In order to maintain agile and competitive advantages with larger aerospace companies, Hempsell Astronautics is faced with the challenge of producing and presenting concept work that matches the output of large system houses.

To deliver to that expectation, they needed to have CAD design systems that overcome that challenge.

“[Hempsell Astronautics] depends upon the ability to create professional concept designs and present them in a comparable way to large Aerospace companies, and IronCAD gives us the tool to meet them on a near equal footing.” 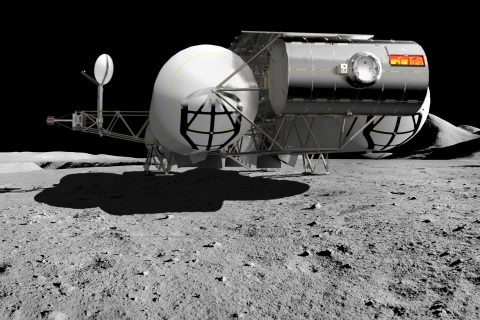 In addition to internal rendering in IronCAD that Mark still uses, he also wanted to create complex Space scenes as they are challenging to create convincingly. To have more control and create a realistic environment, he utilizes the Keyshot for IronCAD design extension.

On May 6th, 2020, Mark Hempsell was set to give a lecture to the British Interplanetary Society (BIS) on his Scorpion spacecraft. Like many other in-person events, this talk had to be postponed due to the coronavirus pandemic.

The Scorpion aircraft concept design is the result of a six-year study by Hempsell Astronautics into what could have been achieved in the fifty years since the Apollo Moon landings. It is a multi-purpose crewed spacecraft concept that would be constructed then supported in low Earth orbit. It can carry its crew of six and their equipment and cargo to higher earth orbits, the Moon, and (with a booster) to the orbits of Mars and Venus.

The lecture’s postponement and subsequent lockdown conditions led to the need for Mark to create a video of what his lecture would be. Concerned that a simple talk with static slides and rendered images would not do the subject justice, Mark decided to experiment with the animation feature in Keyshot. Due to time constraints, he did not reference any of the manuals, and Mark learned on the go while working within it.

After experimenting with Keyshot for the quick turnaround video, Mark said, “The resulting animation shorts did what I want to liven the talk up, but I realize a more skilled user could have produced better results. I look forward to improving my animation skills.” 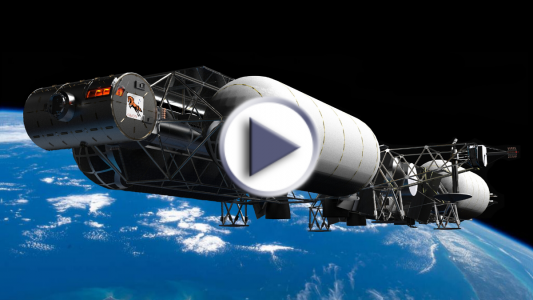 Click the image above to watch Mark’s video on Engineering the Scorpion. 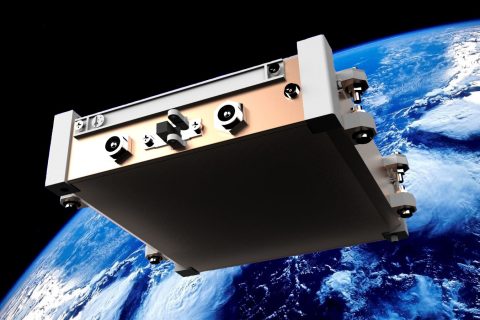 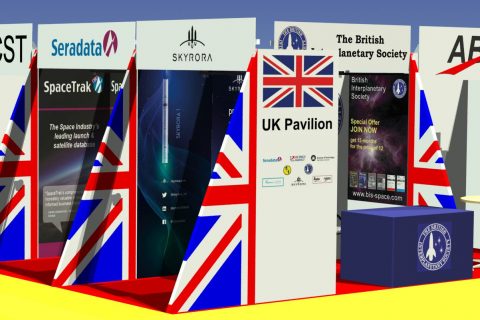 Hempsell Astronautics’ Q-Cube structure was also made using 3D printing from the IronCAD model. Mark found that the accuracy of the IronCAD mass prediction was very impressive; he could not measure a difference between the prediction and the manufactured part.

Not only do they use IronCAD to produce spacecraft concept designs and images, but also each year at the global Rocket Scientist conference, International Astronautical Congress (IAC), Mark uses IronCAD to design the stand for the British Trade Pavilion.

The Switch to IronCAD

With almost a decade long experience of using Autodesk Inventor and then Solidworks from Mark’s previous employments, he knew that he needed a 3D design package for his new business. “I picked IronCAD on the basis it was the most affordable tool that seems to do a professional job,” Mark explained when asked why he chose to use IronCAD. Mark also noted that another selling point for him was the online reviews that suggested it was particularly great for rendering jobs, which was exactly what he needed.

To experience it for yourself, download a free 30-day trial of the IronCAD Design Collaboration Suite, which includes access to Keyshot for IronCAD.